Dr. Gagnon earned her PhD. in Clinical Psychology at Laval University (Quebec City) with a specialization in Neuropsychology. Her clinical training includes neuropsychological assessments and interventions. Her Ph.D. research focused on the neural basis of human memory which she has studied using brain stimulation. For related articles, see :

Striving to get more expertise in Neuromodulation, after working in this emerging field for years, she went to Harvard University to further her knowledge. She was then invited to stay there and joined a prestigious lab in Boston (with Professor Pascual-Leone) and worked for a Harvard affiliated center, the BIDMC (2009-2010)

She then completed an APPIC clinical residency in Clinical Neuropsychology (2010-2011) at London Health Science Center (LHSC) in London, Ontario where she worked with a variety of adult patients presenting with a wide array of memory disorders (e.g. acquired brain injuries, early dementia, epilepsy, etc). During that time, she also wrote about diagnostic issues and early detection of cognitive changes in an aging population

She then moved to Toronto to complete a Post-Doctoral fellowship in Geriatric Psychiatry at the Center for Addiction and Mental Health (CAMH & University of Toronto) where her work as a neuropsychologist enabled her to expand her skills in neuropsychological assessment and pursued her career as part time staff neuropsychologist in in CAMH`s memory clinic. Aside from her work at the hospital, Dr Gagnon was also teaching at the University of Toronto a course entirely dedicated on Human Memory, and ran a small private practice, with offices downtown Toronto and in Markham (GTA).

She moved to Montreal in 2013, to pursue her career in her birth city, striving to refine her clinical skills, teaching students, giving talks and lectures, leading and collaborating on research projects with the Douglas Institute and McGill University. She is was a Clinical Neuropsychologist at the Douglas Institute and Assistant Professor at McGill University until 2017.

Dr. Gagnon’s interest for human memory has also led her to pursue Research in cognitive neuroscience, to publish in scientific journals. On top of her clinical practice, she has worked to develop and implement innovate research projects on Cognitive Remediation and Neuromodulation (2013-2017)

Aside from her work in public hospitals, Dr Gagnon also teaches locally and internationally. she taught at some of the best Universities in North America:

She has also been invited to give a workshops, talks and lectures in French and in English, in Canada and Internationally.

Currently, Dr Gagnon spends most of her time working in private practice and teaching at McGill University

Dr Gagnon is dedicated to her patients and her profession. She keeps up to date with scientific developments, she develops knowledge translation documents for patients she write scientific articles and chapters.

In her free times, she loves to travel, go conferences and read. 🙂 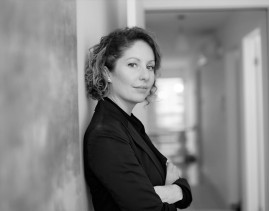